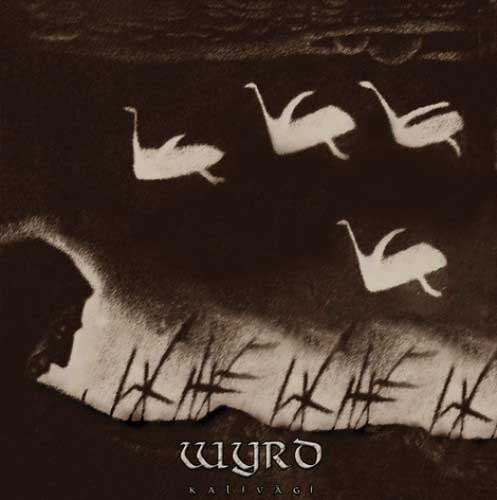 Wyrd is a Finnish pagan black metal band formed in 1998, at the time known as “Hellkult”. Kalivägi is their eight full length album, and quite different from some of the previous albums.

Wyrd is obviously inspired by doom metal, the slow and melancholic sound gives the album an atmosphere quite different from many other Finnish metal bands that tend to have a more cheerful folkish sound, this is the exact opposite, even though some of the songs are more inspired by traditional folk metal. The rasping voice and guitars is what makes this album what it is, in addition to the various atmospheric elements, like a keyboard, chanting and acoustic guitars.